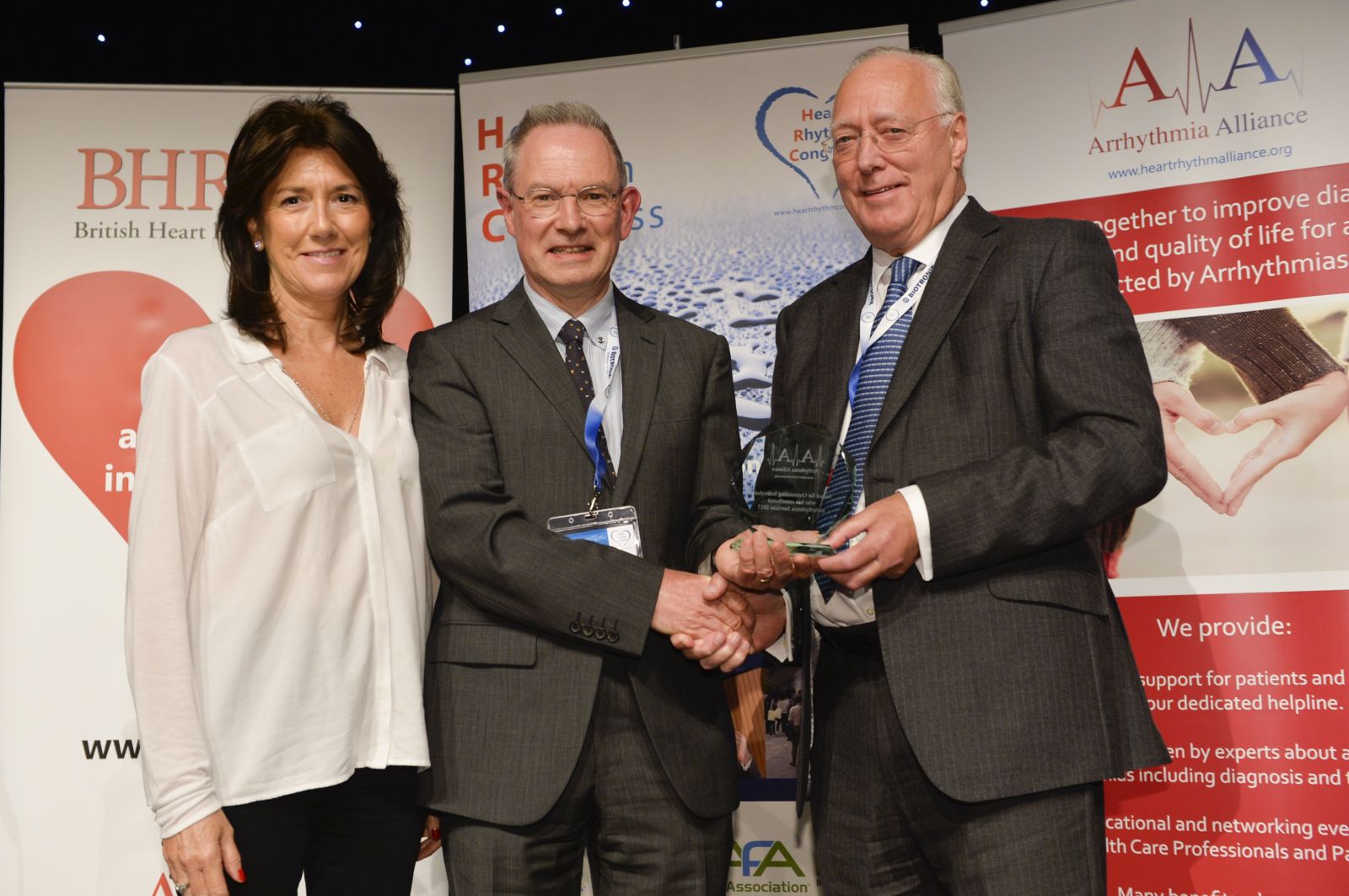 Award for Outstanding Individual Who Has Contributed to Arrhythmia Services

Dr. John Bourke has been chosen for this award for his rich and varied contributions to EP and cardiology in a national and international setting. John has led the EP department for over ten years, managing and encouraging the clinical expansion and the use of new technologies at the Freeman hospital. He has also contributed to the clinical network as lead clinician and continues to work as a council member for the Clinical Senate. He spent four years as Training Program Director for the Northern Deanery Cardiology followed by five years on the Specialist Advisory Committee. Clearly, John could be in a position to take a step back and enjoy his legacy but he has continued to learn new skills - John is an integral part of the Left Atrial Appendage Occlusion team at Freeman.

Team of the Year 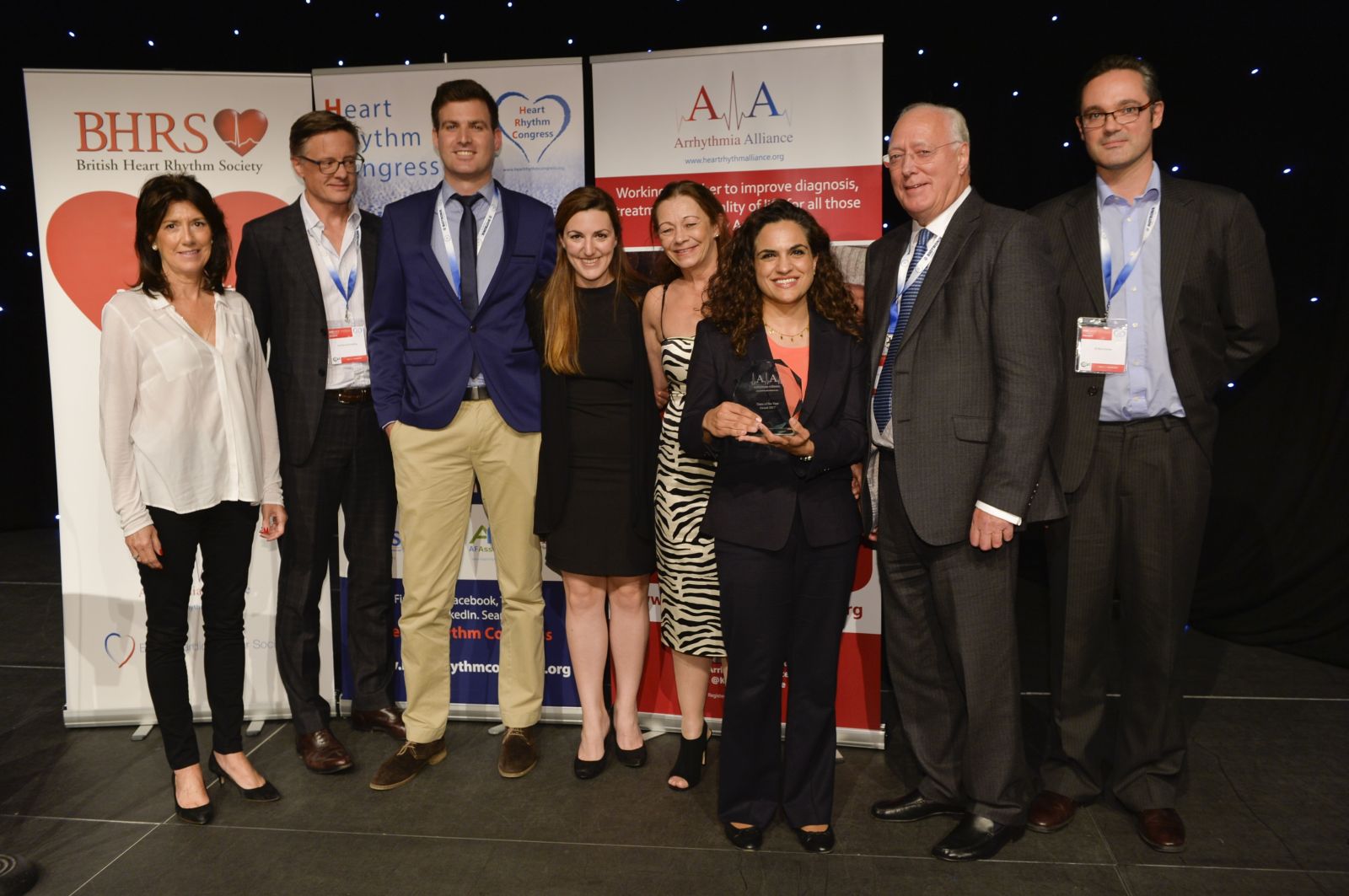 The incidence of AF is increasing, and with it, the demand for ablation. This team set up and investigated the safety and efficacy of high throughput day case AF ablation within a local non-cardiac centre. The catheterization lab staff had no experience of electrophysiology and were trained using simulations. With a small team and standardized protocols, they were able to perform AF ablation procedures nearly twice as quickly with less than half the X-rays and identical outcomes to their cardiac center. The service provides a model to meet increasing demands of catheter ablation for AF. 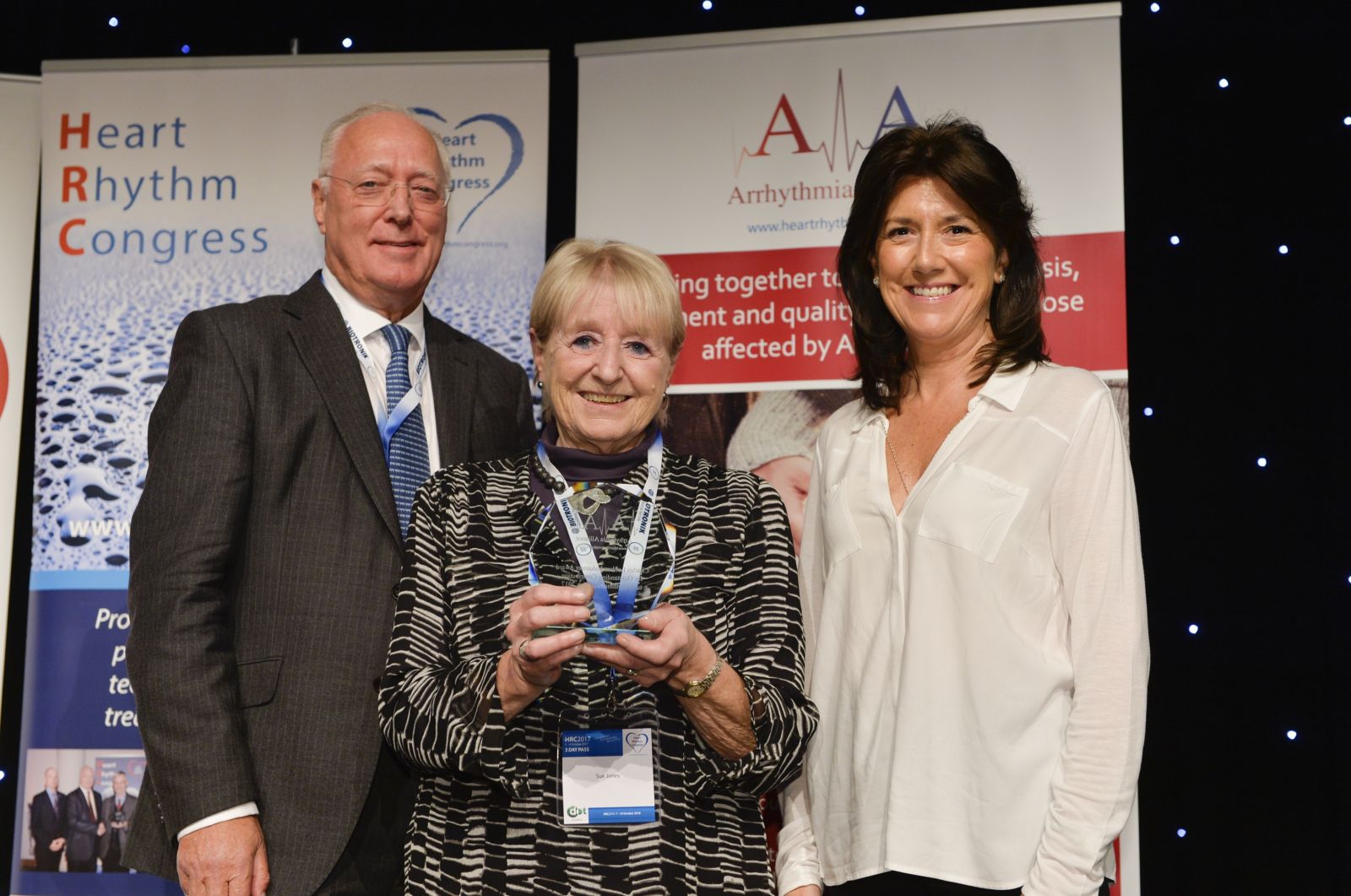 Louise Power 1953-2017 - Louise Power, who was one of the first ICD patients implanted in the UK, was an amazing woman of many talents.   She worked for Walker Books, a children’s book publishing company, and was responsible for finding new artists and illustrators.  Despite her many other commitments and some serious health problems in 1997, she wanted to give back and help other patients who suffered similar problems to herself. She helped set up St. George's ICD patient support group Backup and became its chairperson until 2017.  She took a degree in counseling and became a BACAP (British Association for Counselling and Psychotherapy) accredited counselor.  Her commitment to Backup was enormous and she helped and supported many other patients at times when they needed it. She did this in a completely unassuming way - all those she came into contact with benefited enormously from her sensible caring and compassionate approach to them.  Tragically, she died this year after developing heart failure that was resistant to treatment despite heroic efforts on the part of those treating her.

Sue Jones (pictured above right) accepted the award on her behalf as a close friend and colleague.

Get in touch for more help and information

To download our information resource and receive regular updates from Arrhythmia Alliance please enter your details below*:

This link will take you to the site

Continue to site
Stay on this site